Getting the Balance Right This Christmas 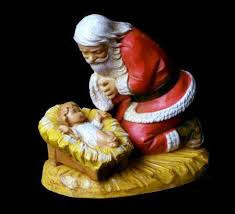 "
Like most things in life, every good intention has an invisible divide that, when overstepped, can turn the positive into a negative, the beauty into the ugly.When the thin dividing line of love is taken one step too far, it turns into obsession. Graceturns to compromise when we step over the line and truth turns in to judgement. We sooften see the admirable act of charity turning to enslavement when the line is crossed andenjoyment to gluttony. Spiritually, the Church also runs the risk of crossing that invisibledivide when blessings turn to greed and worship turns to entertainment. It is often just that one step too far. The challenge is in the balance.
"
I recently read this quote from my friend, Mike Burnard of InContext Ministries in South Africa.  He has captured something that I have often thought about but could never put so eloquently:  that all good things given to us by God, when put through the filter of humanity, have the potential to be corrupted into something they were not meant to be when taken to extremes, taken out of balance, or taken as being "man-centered" versus "God-centered".
And while the context of his quote was the recent passing of the international icon Nelson Mandela, and the cult of worship that is potentially developing out of the desire to honor him, Mike's thoughts seemed especially poignant for me this Christmas, when we seem to have to fight tooth and nail through Santa, decorations, materialism, a real war against nativity scenes, consumerism, false expectations, and over-bearing nostalgia, in order to get to the real thing.  So many times it is hard to find the authentic behind the noise and the blinking lights, but I have decided that this year I will not settle for less.
Keeping the balance is hard, for it requires an alert diligence that is at once able to fully plumb the reality of the moment or season, but at the same time not get swept away by it into idolatry.
My prayer for you this Christmas, is that you would find the time to celebrate the "real", and embrace the "true", keeping the balance of family and worship, expectation and faith.  Yes, there will be distractions - some of them even necessary.  But it will take courage, insight, awareness, and wisdom to perceive, what the Magi ultimately did:  that it was worth the effort to stay on course, and cross deserts and despots in order to worship that which was truly worth worshipping, and to celebrate that which was truly worth celebrating.  When they laid their tributes of "wealth", "worship", and "burial" at the Baby's feet, I think they got the balance right and set the example of what we should ultimately be giving this Christmas.