Abused and unwanted as a child and young teenager, Bill Drake knows what it is to feel hurt, rejected and without hope.  At the age of 19 he was playing piano in bars and nightclubs in his native America and was on the brink of ending what he describes as his “unlovely life.”  Only  by the grace of God, did he not commit suicide.  God radically changed his life and began to use his musical gifting to challenge and encourage many others.  Several years later George Verwer, founder of Operation Mobilization, heard Bill lead worship at Biola University in California and threw out a challenge: “How can you play and sing songs like that if you are not willing to back it up with your lifestyle?”  George went on to challenge Bill to live the commitment he was singing about and join OM as International Music Minister.  After graduating from Biola, Bill did this, living in England for 10 years with his wife Teri and their two daughters, Shelby and Sharayah.

Since then, Bill has been privileged to minister in over 50 countries.  Many have recognized an anointing on Bill’s music similar to that on Keith Green’s, and thousands of lives have been touched and radically changed through Bill’s powerful music and uncompromising message which continues to make the life-changing message of God’s love a reality. Teri travels with Bill as much as she is able, assisting in evangelism, discipleship, and counselling.

Bill is fond of saying, "If the purpose of your life is not wrapped up in God's purpose for the world, you will miss the reason you're alive." Bill is also fond of saying, "Friends, don't be afraid of failure. But be very afraid of being successful at things that don't matter." Anyone who honestly listens to Bill’s songs and messages will come face to face with the impact of those two quotes, and at the same time will be confronted with the lifestyle decisions that follow. While Bill’s concerts and events are not for the faint of heart, they are most definitely for those who desire to follow hard after God, and His passion to see the world come to know His Son.

In 2009 Bill was a Founder and first Director of OM Arts International, the creative arts ministry of Operation Mobilization International.  Partnering with other leaders in OM who were engaged in Dance, Drama, Visual Arts, Music, and Ethnodoxology, Bill and team forged a unique ministry within the larger fellowship of OM, actively engaging with local artistic believers in bringing the Gospel of Jesus Christ in many countries in Europe, the Middle East, and around the world.

Bill & Teri also direct a 90-day intensive discipleship course especially for Artists who desire training for Missions.  Every other year Bill, Teri, and their leadership team move to Italy, and run this school, “Incarnate”, a Biblical community designed for artists to experience spiritual transformation and cross-cultural ministry while producing a body of relevant creative works. 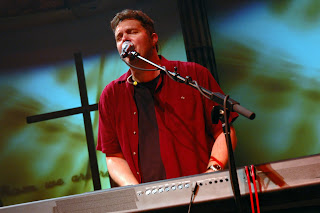 Most recently Bill has been asked to lead a new Division in OM Internationally, called Catalytic Ministries.  This not only includes Arts, but also Sports, Aids, Business as Mission, Teen Ministry, Muslim Diaspora Ministry, Sex Trafficking, and Relief & Development.  This promotion opens a Global Ministry to Bill, to engage with Jesus followers all over the world to help them express their faith and worship through their God-given gifts, talents, and expertise.

Bill and his wife Teri live in Atlanta, GA.  Bill holds a B.A. in Christian Education from Biola University, and a Masters Degree in Worship Studies from IWS in Jacksonville, FL.  He has produced thirteen albums of original music and two books.  Bill is currently working on a fourteenth album project, Legacy, which will contain 75 of Bill’s songs recorded over 30 years.

“Bill Drake is at heart a missionary.  His music has opened doors across the world to effectively communicate Christ to unbelievers, and real, gutsy discipleship to believers.
Passion, humility and reality are his hallmarks.”
Charles Price - Senior Pastor, The People’s Church, Toronto, Canada. 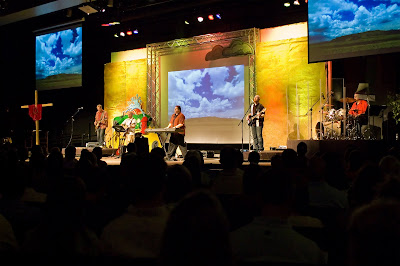